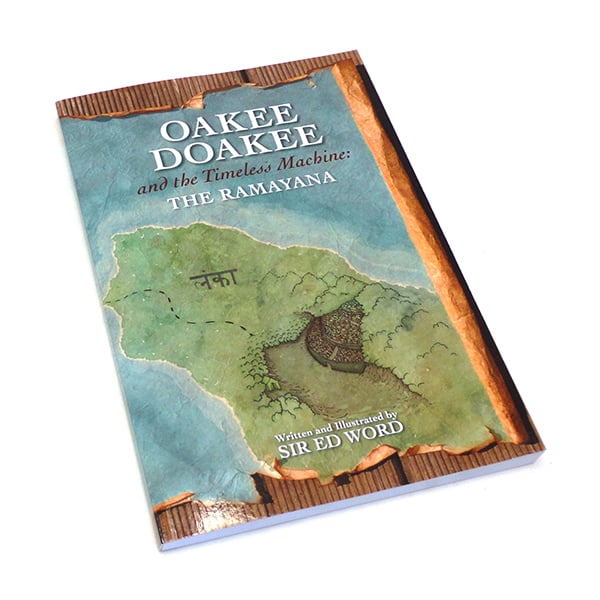 Thousand of years ago, when cavemen still roamed the rest of the world, kingdoms and advanced technology thrived in the mysterious East. The oldest surviving story on Earth tells of a king who was forced to banish his beloved son to the wilderness. This noble heir to the throne is believed by some to have been a benevolent deity incarnated in human form, who came to teach mankind the highest qualities of selfless love. But our science could find no evidence of the fantastic events of that lost culture, when men and beasts spoke with each other and demons stole flying machines from the gods. There was no proof until a little boy from modern times stumbled back through the thick curtain of time, into the most thrilling period of prehistory, to participate in events that would shape the entire human race.